I wrote the original Flyer in the 1980s on an IBM PC XT using Turbo Pascal. With low resolution black and white graphics, it was much simpler than the current iteration of the game. Inspired by the Asteroids arcade game by Atari, I wanted to program something that could demonstrate the simple Physics of traveling in space. 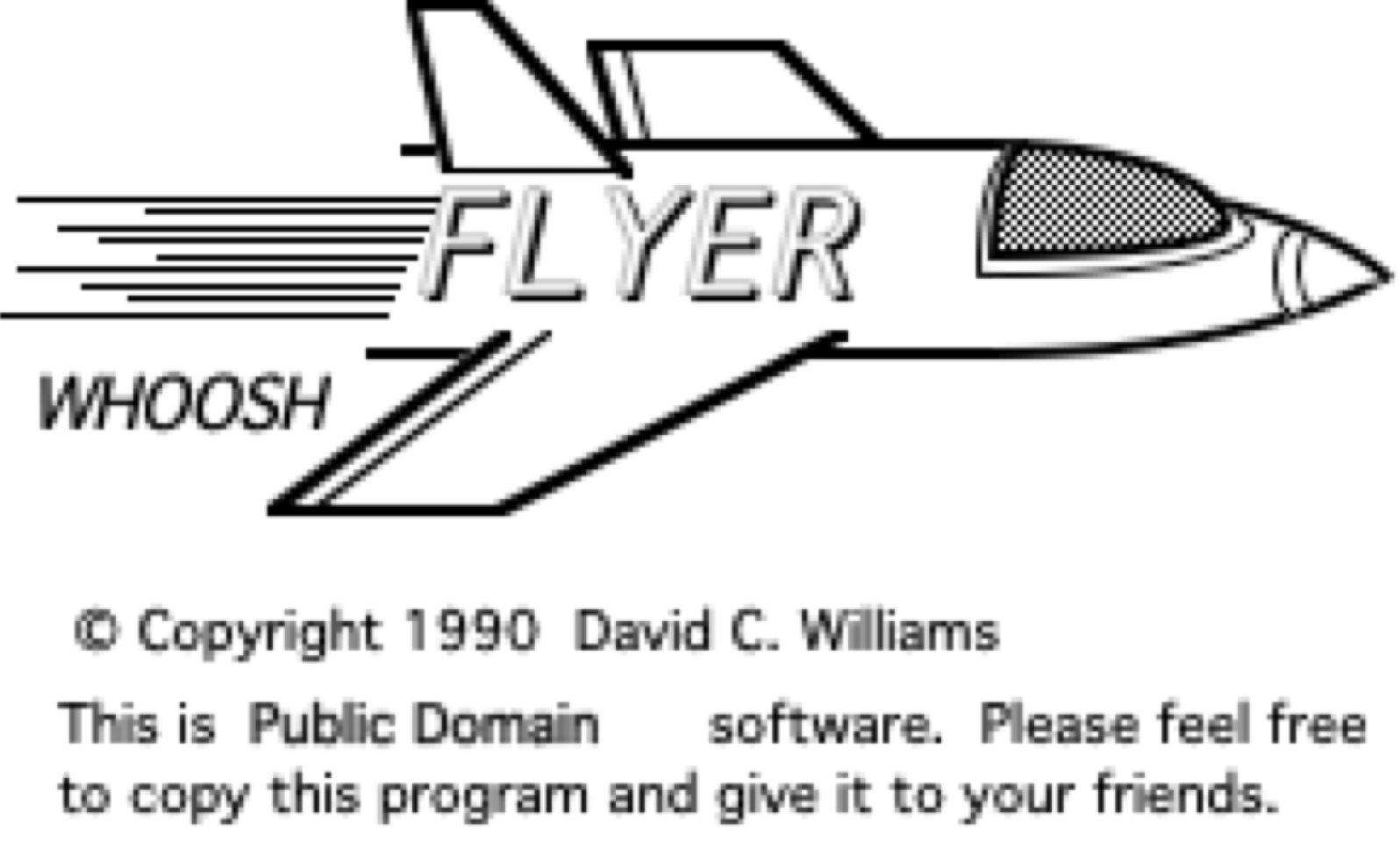 I wrote the second version of this game for the Classic Mac OS in 1990 using the Think C compiler. At the time I was experimenting with several software projects in my spare time and I thought it would be fun to recreate the game I wrote years earlier. Some creative programming was needed to support a decent framerate on the higher resolution screens of the Macintosh computers of the time. You can find the source code for this version of Flyer archived on github.

Uncovering the original code for the second version Flyer recently inspired me to write a new one, this time for the modern Mac OS. I decided that an updated version of the game would be a fun way to learn the Swift programming language, the Xcode development environment, and also to demonstrate that I have not forgotten how to code.

I also figured it would be fun to formally publish an application on Apple's App Store, something I've never done before. Which is probably why you are here reading this.

I wrote the code for this game from scratch using the SpriteKit starting project provided by Xcode. With the notable exception of the sound effects, I also created all of the game assets, including the graphics and this web site.

You can find the code on github. I have released it under an MIT License, so feel free to browse and borrow.

Some of the software libraries provided by Apple make writing beautiful looking sprite-based games shockingly easy. For those of you interesting in programming, the Swift programming language is also very approachable. So, if you want to learn some programming and have a little fun in the process, I encourage you dive in and write a simple Mac OS or iPhone application.